The Prayer Became a Vision

Previous Next
The Prayer Became a Vision 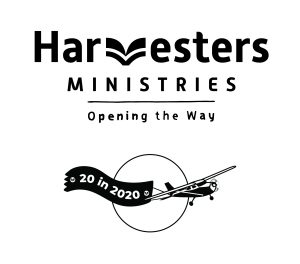 The Malawian terrain moves by below us in patches of green and brown as if in slow motion.  I am barely aware of the familiar hum of the Cessna Cardinal 177 engine as I look at the shadow the airplane casts on the earth below. Every now and again the shadow would cut across a small rural settlement and every time the same prayer echoes in my heart:  Lord, give us that settlement…

The prayer that was birthed in the tiny airplane over Malawi gave birth to a vision of such magnitude that at first I thought that it was an impossible dream.  But slowly, as I prayed this over and over, asking the Lord for these small African villages, He confirmed what I was to do for the next few decades.

“Plant one million churches, train one million pastors and evangelize and disciple one hundred million people”, became the vision for our ministry as we planted the first churches in Malawi in 2000. Twenty years later, Harvesters Ministries has grown from a small family ministry to a global movement that expands the Kingdom of God in 43 languages and in 63 countries.  With offices and staff spread over 5 continents, more than 65 000 churches planted globally, 35 000 student pastors in training and over five million new disciples spread over the face of the earth, I cannot help but pause for a moment…

A moment of thanksgiving.  A moment of gratitude.  I look upwards to the Giver of the vision and I know it was all Him.  From Him flows the grace to still be here in 2020.

From Him came the small but dedicated staff that works daily towards the vision and loves the ministry as much as I do.

From Him came the hundreds of volunteers that serve as Harvesters Licensed Trainers in some of the most remote parts of the world.

From Him was sent the many donors that has made it possible to drive, fly, print, deliver, train, help and expand.

From Him is the energy, the health, the endurance, the faith and the love that makes ministry possible on this scale. In this, our 20th year, we celebrate Him, who gives in abundance, we celebrate us, who have the privilege to work in this ministry and we celebrate you, who support and give with a joyful heart.  But mostly we celebrate with the angels of God for every sinner that has come to know the Saviour.

Now we look forward in faith, toward planting another 25 000 churches where there were none before.  New pastors will be trained, new converts will be won and new disciples will be made.

We are humbly grateful for the grace and favour of the past twenty years.  We celebrate that.  But now we look up toward the horizon and we invite you to continue to journey with us, pray for us and support us, for the work is not done.